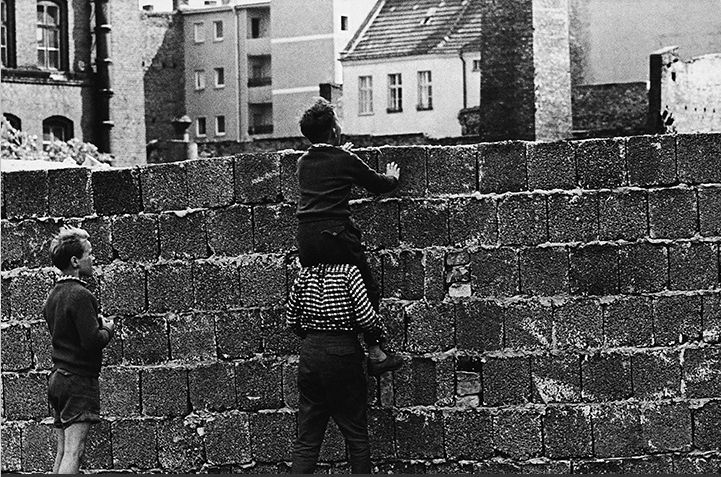 Photographer, subject, and viewer share a single human interest: curiosity. Photography has the power to shape, even strengthen, our desire for information. Susan Sontag remarks in On Photography, “The subsequent industrialization of camera technology only carried out a promise inherent in photography from its very beginning: to democratize all experiences by translating them into images” (7). Despite the different roles and experiences photographers, subjects, and viewers possess, photographers like Werner Kreusch, have a vital decision to make when sharing images. They could either choose to merely document reality or aestheticize reality. However, there is a flaw in the pre-conceived notion that images represent reality, similarly to the idea that math equates to fact. Photographs cannot tell an entire story on their own. Captions enable photographers to convey a single, universally-understood reality. While images reflect an event, interpretations vary due to viewers’ individuality. However, the addition of a caption provides background knowledge or enough information to narrow viewers’ focus, dodging misinterpretations. Like journalists and artists, photographers decide what information should be known and how it should be known. In On Photography and Regarding the Pain of Others, Sontag underscores the significant role photographers play in society as they determine valuable information from not valuable. In Kreusch’s image of children peering over the Berlin Wall, the subjects convey their interest in knowing the lives of East Berliners, highlighting human curiosity and how access to information manifests. The image informs viewers that the yearning for knowledge during the Cold War era was genuine.

As Sontag explains in Regarding the Pain of Others, war photography informed societies while simultaneously molding public opinion. Anything visual invites multiple interpretations due to differences in viewers’ experiences. Iconography prevalent throughout war photographs triggers memory, introducing emotion. The curiosity embodied in Kreusch’s image involves pathos by capturing children’s innocence. Aware or unaware, the children faced the effects of the wall as a physical and psychologically-manipulating barrier. Like these West Berlin children, all viewers are innocent as we continually search for information. Sontag claims that “Social misery has inspired the comfortably-off with the urge to take pictures, the gentlest of predations, in order to document a hidden reality, that is, a reality hidden from them” (55). Kreusch and other photographers capture realities hidden from themselves, West Berliners, East Berliners and those involved or even uninvolved in the Cold War, through documentation. Split-second decisions immediately make what to include or exclude from the frame, when to take the picture and from what angle, the property of the photographer, crafted by their own instincts. In Kreusch’s image, his decision to place the boys on the left side, excluding their facial expressions from view and leaving the right side filled by blank wall, enhances the interest felt by viewers to know more. It is a visual cliffhanger. However, this visual cliffhanger reflects what became West and East Berliners’ realities in the 1960s, ‘70s and ‘80s.

Kreusch’s image and the Berlin Wall both made “the unknown” acceptable. Through the visual restriction of the boys view and their faces, and the wall’s physical hindrance felt by locals, uncertainty became embraced as a norm. This parallel between a physical divide and a visual divide is unexpected. A camera enables, but perhaps not enough. A wall clearly separates people effectively, and while images do share information, they also leave viewers wanting more. In this sense, the Berlin Wall and images of the Berlin Wall are alike.

We are all curious children. Even after exposure to images, knowledge, and perspectives, more questions arise. In a world in which photography is always present and conflict continues, humans will continue to thirst for answers, quenching their thirst with photographs. The virtually universal access to images enables this process. The result has become a society fueled by images.

Sontag, Susan. Regarding the Pain of Others. Picador, 2003.