After reading both The Fires of Jubilee by Stephen B. Oates and Nat Turner by Kyle Baker, my analysis aims to showcase the graphic novel’s accuracy in its depiction of Nat Turner’s slave rebellion, as well as identify its few, but notable, shortcomings. 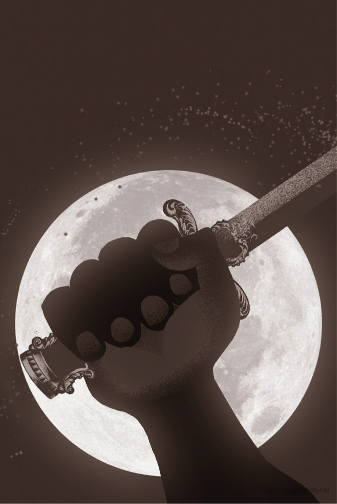 As a graphic novel, Kyle Baker’s Nat Turner delivers an accurate depiction of Nat Turner’s 1831 slave rebellion according to the narrative account compiled in The Fires of Jubilee by Stephen B. Oates. Nat Turner accomplishes such accuracy by visually communicating the intense labor, in Southern fields and domestically in homes, that defined slaves’ lives and through high-contrast illustration. As an American comic book writer and animator, Kyle Baker has incorporated his artistic expertise into this critically-acclaimed graphic novel. However, while it offers an accurately detailed play-by-play of Nat Turner’s slave rebellion, Nat Turner fails to depict the apprehension felt by male slaves surrounding conscription and the particular brutality female slaves endured by rape.

Nat Turner chronicles one of the most significant slave rebellions in American history. Baker begins by introducing readers to Nat Turner’s origins in Africa and the brutal plucking of African people from their cultures, families, and freedom. He allows readers to see the growth of Nat from childhood to adulthood, in which he consistently felt oppressed and contained. Nat’s intelligence is first recognized animalistically as he surrounds a trough receiving food, simultaneously reflecting on his capabilities remarking “… and my common intelligence for a child, remarked I had too much sense to be raised, and if I was, I would never be of any service to any one as a slave…”[1] From losing his father, to finding solitude within Bible verses, to facing adulthood slavery, Nat’s will was unbreakable. Returning from his escape of thirty days, Nat shared his detailed visions with his wife and children: “I saw white spirits and black spirits engage in battle, and the sun was darkened…”[2] Proving his obedience and strong Christian faith, Nat gained a following as an enslaved preacher, a privilege not obtained by many slaves. Finally, interpreting a solar eclipse on August 21, 1831 as a sign from the heavens, his rebellion commenced. Nat and his army marched through Southampton County, Virginia killing slave masters and families until they were defeated by a white militia. However, Baker chronicles Nat’s survival for another six weeks, despite rampant manhunts, until being found by a local farmer and his subsequent execution.

Nat Turner not only shares Nat’s story, but in doing so, shares the collective American slave narrative. The graphic novel is indeed, graphic. However, in order to accurately depict the sheer degradation of slavery, Baker’s illustrations represent brutality more effectively than text by communicating visually and emotionally. Each illustration contributes to furthering readers’ knowledge of slavery’s evils. Baker masters this communication by Nat’s dramatic facial expressions depicting anger, horror, pain, and death. He demonstrates many aspects of the more widely-known slave narrative, being forced manual labor in the fields, but also lesser-known aspects of slaves’ lives regarding domestic work, punishments, religion, and family life. Nat Turner implies that the everyday endurances of slaves involved disease, humiliation by nakedness, branding, abolishment of cultural practices, lashings, the removal of extremities, separation of families, and all in all, the complete submission to the white race. As The Fires of Jubilee indicates, “…you [slave-owners] must give your slaves only censored sermons- and absolutely forbid them to talk with a Quaker, or learn about Thomas Paine or Jefferson’s Declaration.”[3] For reading the Bible, Baker illustrates a female slave being hung and recognizes the white man’s Christianity used as both propaganda and justification of slavery. Despite the force-feeding of this crafted white religion, a black religion emerged. According to The Fires of Jubilee, it was “… an amalgam of African mythology and Christian doctrines as slaves interpreted them, a unique religion that embodied the essence of the slaves’ lives- their frustrations and sorrows, their memories, and their fantasies about a future world without whips and masters.”[4] Finally, the sheer existence of Nat’s family reveals the economically-fueled interests of slave masters. Whites allowed marriages (in no way sanctioned by a government) and encouraged slave reproduction with solely economic interests in mind. Nat Turner depicts the emotional toll of familial separation and constant oppression through its explicit graphics.

While Nat Turner vividly shares Nat’s life leading up to his rebellion, constructing a collective slave narrative, it fails to recognize female slaves’ susceptibility to a significant brutality: rape. It also fails to capture the portion of male slaves’ apprehension towards conscripting to Nat’s rebellion, fearing family members’ lives. Not to be confused as an inaccuracy, these details should be additives to Nat’s personal story, that simultaneously represent the entire American slave population. The argument of rape as too graphic to depict may arise, but there are many ways to inexplicitly insinuate rape that so rampantly existed. The closest instance of such indignity is a stripped woman on page 33, but this action was taken on all slaves before embarking on ships as part of the Atlantic Slave Trade[5]. Nat Turner neglects to include Nat’s convincing of fellow slaves to fight, both through violent and non-violent means, preventing readers from grasping all of his strenuous efforts.

Nat Turner informs readers of racial inequality today. Specifically, the fluctuated mass incarceration of African Americans, a systemized and current oppression that can be considered a modernized form of slavery. According to Huffington Post writer, Matt Ferner, 1 in 4 black males will go through corrections in their lifetime to endure occupational restrictions the remainder of their lives, limiting their careers opportunities and income.[6] The mass incarceration continues to fuel a false perception and stereotype of American black males. As told by Nat Turner’s story, frenzy enables the manifestation of inaccurate information. Today, Americans continue to rely upon falsely-concocted understandings of one another. These stereotypes serve as catalysts of racism that still exists in America. Racism and white rage remains the cause of the mass incarceration of black men today, a modernized and systematic oppression. 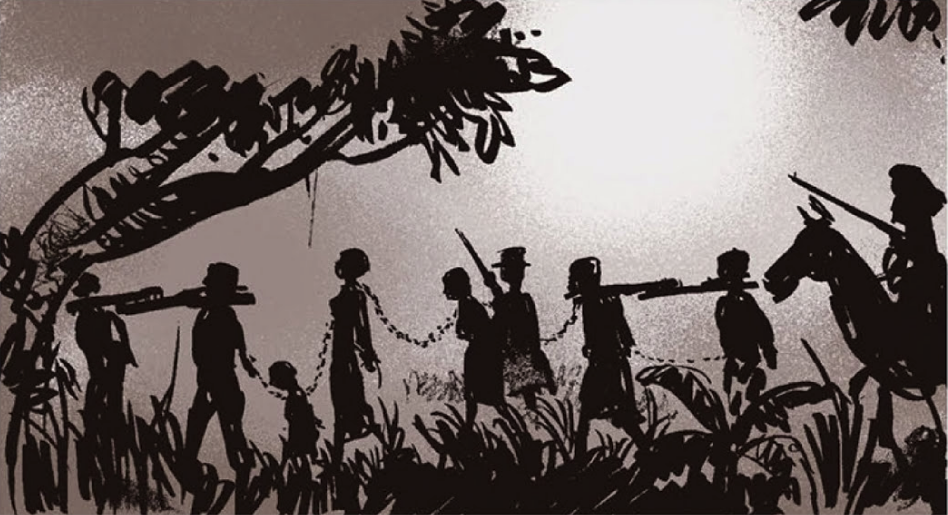 Ferner, Matt. “The Full Cost of Incarceration In the US Is Over $1 Trillion, Study Finds.” Huffington Post. September 13, 2016.https://www.huffingtonpost.com/entry/mass-incarceration-cost_us_57d82d99e4b09d7a687fde21.