When brainstorming a “non-textual something new” to add to my portfolio in conjunction with the theme of revolution, I thought of Shepard Fairey’s poster for Obama’s “Hope” campaign. The iconography of his poster resurrects a wave of memories from 2008 when I was a third grader attending Charlotte rallies by Barack Obama and Joe Biden, John McCain and Sarah Palin, and even a surprise visit by Hillary Clinton in Concord. While I did not realize it at the time of Obama’s election, his election and time in office was revolutionary.

By mimicking his work, my aim is not to equate the March for Our Lives Movement to Obama’s election as the first black president of the United States. Rather, I hope to shed light on the resiliency of Parkland student leaders including Emma Gonzalez, Jaclyn Corin, Alex Wind, Cameron Kasky, and David Hogg. As high-school students, their participation in democracy impressed me. I would not consider this march revolutionary, but it has intensified an important conversation around gun control in America today. For this piece, I used knowledge gained from taking Digital Art and constructed this portrait in Illustrator. 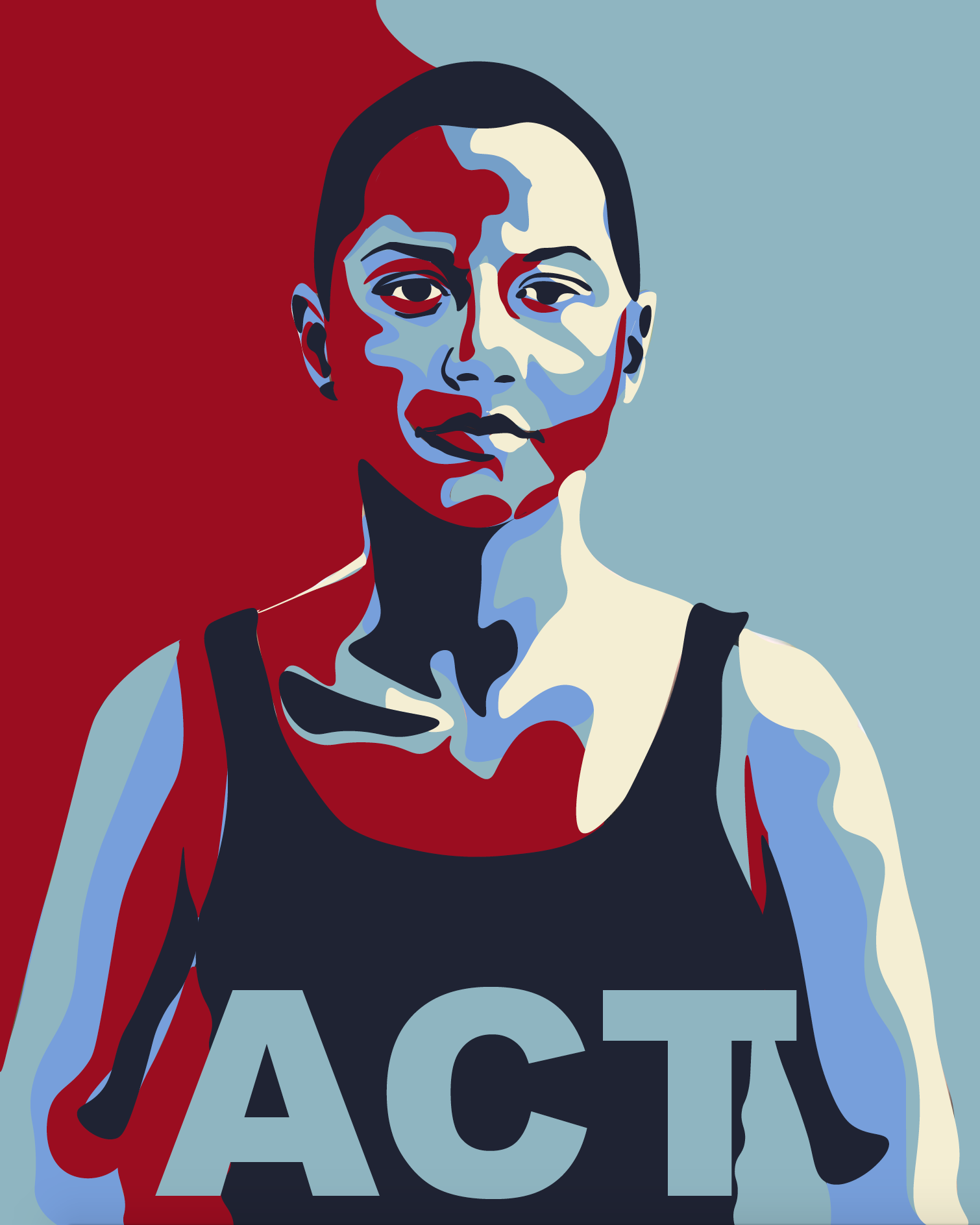